I've let this fall by the wayside :|

So, TMY happened...months ago now, but here's our table: 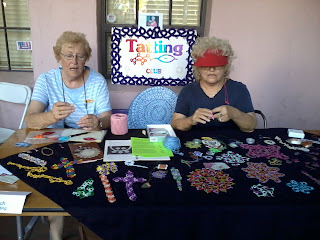 There were SO MANY PEOPLE! We even got 2 new members out of this weekend. Showing that you can make jewelry really helps intrigue fellow young ladies.

Then last month the Lacy Ladies of Phoenix, AZ had their annual Lace Days. I randomly found out about it somewhere online, otherwise we wouldn't even have known about it! We got there a little late, but they started with a little history of bobbin lace. They had lots of old lace and bobbin pillows (of course, I didn't take pictures...) We took a class to learn bobbin lace, and once I realized it's just weaving without a loom, it was really easy! My first two pieces: 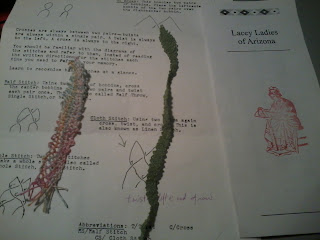 On the left is just practicing the three basic stitches: Cloth(Linen), Whole, and Half. If you start by yourself, it's better to leave the half stitch for last, 'cause it will look like you're doing something wrong. On the left is my second piece, a snake bookmark. It's twisted in this picture b/c I haven't ironed it yet. I'm currently doing a third bookmark that will be all just half stitch. Don't know what I'll do with them, I prefer to use paper as bookmarks b/c I can write on them. 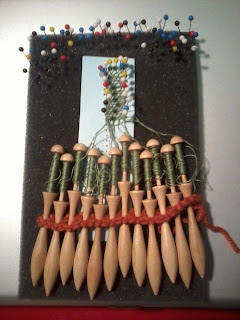 Also at Lace Days were plenty of things to buy...wish I had gotten some 40/80 Lizbeth, but I FINALLY got two books I've been wanting forEVer - 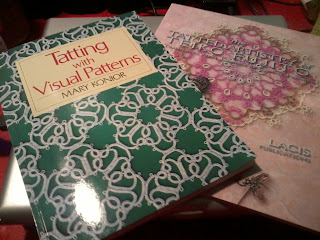 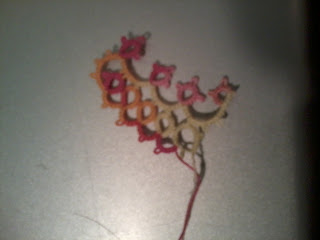 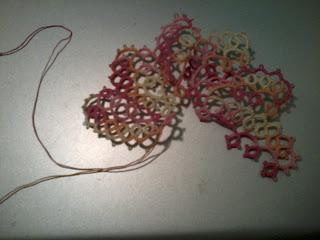 And then I ran out of thread on the shuttle :(

So I've had to set that aside for the time being. Especially with the Norwegian Fair coming up (happened this last Saturday). Judith Lind, the founder of our local tatting group, was Norwegian so the group has always sold tatting at this fair. It was a little weird b/c tatting is so old, no one country can really claim it as "theirs", and Mrs. Lind was the only one in the group whose ancestors hailed from there. I made a number of earrings and sold all but three pairs! I might have sold them all if I'd not gotten there 2 hours late (trying to finish the earrings). They had some delicious food though!

And with that over, I can get back to other projects. I've start in on this other Konior pattern, Rosa Frivola. 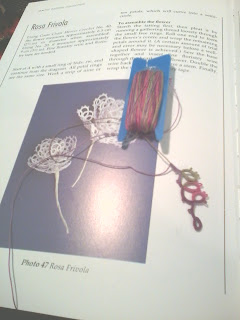 This book is ridiculous, I want to be making every single thing in here right now. Impossible!

Non-tatting news: Our bougainvillea finally put out "blooms" again! (The bright pink in the photo are actually specialized leaves, only the little white things are the true flowers) 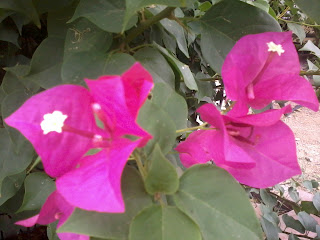 And they've since moved on, but back in October we had our annual butterfly mating days (I've only just gone through the photos) 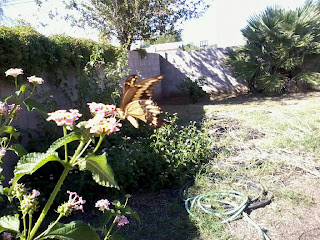 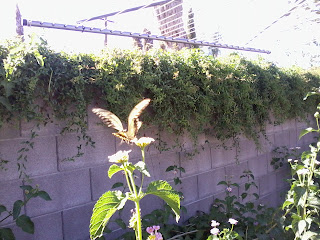 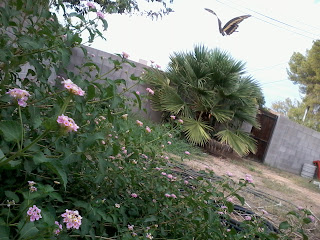 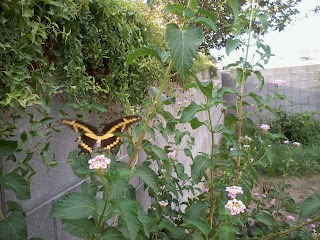 This years butterflies seemed extra antsy, it was really difficult to get close enough to get a good pic.

I will never let this go this long again :) So much to post!